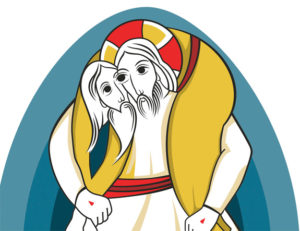 Irish dioceses are set to mark the conclusion of Pope Francis’ Jubilee Year of Mercy with Masses of Thanksgiving over the next two weekends.  These Masses will be celebrated ahead of the formal conclusion of the Jubilee Year of Mercy which will be led by Pope Francis in the celebration a special Mass of Thanksgiving in Saint Peter’s Basilica in Rome on Sunday 20 November, the Feast of Christ the King.

The Jubilee Year of Mercy began on 8 December 2015, the Feast of the Immaculate Conception and the 50th anniversary of the closing of the Second Vatican Council.  The aim of the Year of Mercy was to allow Catholics around the world to focus on mercy, compassion and forgiveness.

Pope Francis marked the beginning of the Jubilee Year by opening the Door of Mercy in Saint Peter’s Basilica.  He said, “How much I desire that the year to come will be steeped in mercy, so that we can go out to every man and woman, bringing the goodness and tenderness of God.  May the balm of mercy reach everyone, both believers and those far away, as a sign that the kingdom of God is already present in our midst.”

Holy Doors of Mercy were opened across all 26 dioceses on the island of Ireland – in Cathedrals, in other significant churches and at places of pilgrimage such as Lough Derg, in the Diocese of Clogher and Knock Shrine in the Archdiocese of Tuam.  Over the past year the faithful were invited to make a pilgrimage to a Holy Door of Mercy and to cross its threshold.  Crossing the threshold of a Holy Door is a sign of the passage from sin to grace.  Irish dioceses embraced the Holy Father’s Year of Mercy and offered many opportunities for people to be part of the Jubilee Year and to share what Pope Francis referred to as the ‘balm of mercy’.  There were celebrations for the ‘24 Hours for the Lord’ in which the faithful had opportunities to avail of the Sacrament of reconciliation anytime during this 24 hour period.  Archbishop Eamon Martin, Archbishop of Armagh and Primate of All Ireland offered an opportunity for people to share works of mercy and missionaries of mercy in an initiative called ‘Be Mercy Ireland’.  Other Irish dioceses offered pilgrim walks at various stages during the year, created new prayer booklets for parishioners and offered lectures on the theme of Mercy.  Dioceses also availed of the opportunities offered by the Year of Mercy to promote the Sacrament of Reconciliation, to highlight the corporal and spiritual works of mercy in a new way and to enrich the season of Lent with resources on mercy.

As well as making the pilgrimage to local Holy Doors of Mercy, many pilgrims from around the world made the journey to Rome where they completed the Walk of Mercy and entered through the Holy Door of Saint Peter’s Basilica and the other basilicas in Rome.  In June of this year the Vatican released figures for the number of pilgrims that have participated in the Jubilee Year of Mercy events and it was confirmed that despite there being local Holy Doors of Mercy in dioceses across the world, that over 9 million pilgrims participated in Jubilee events and have passed through the holy gates of Rome’s four Pontifical Basilicas.

Many Irish pilgrims made the journey to Rome for the various special Year of Mercy events in Rome.  There was a Jubilee for Deacons, for priests, for catechists, for grandparents, for prisoners and for young people.  The Year of Mercy also featured prominently at this year’s World Youth Day in Krakow which was attended by 1600 Irish pilgrims.

Archbishop Diarmuid Martin will preside at a ceremony to mark the conclusion of the Jubilee Year in the Archdiocese of Dublin in Saint Mary’s Pro Cathedral on Sunday 13 November before the 11.00am Mass. There will also be ceremonies in Our Lady of Lourdes Church in Sean Mc Dermott Street, Dublin; the Church of Saint Francis Xavier in Gardiner Street; the Parish Church of Saints Peter and Mary in Arklow; and also at the House of Mercy in Baggot Street.

In the the Archdiocese of Cashel & Emly, a special liturgy on Sunday 20 at 2.30pm in the Cathedral of the Assumption, Thurles, will mark the end of the Year of Mercy and the launch of Archbishop Kieran O’Reilly’s Pastoral Letter entitled, “Come to the Table.”  Parishes are invited to come on pilgrimage to the Cathedral of the Assumption, bringing a portable lantern to symbolise the faith of their community.

In Knock, a Mass to mark the end of the Year of Mercy will take place on Sunday the 20 November at 12 Noon in the Basilica and this will also be the annual Mass for road traffic victims.

In the Diocese of Clogher the closing of the Jubilee Year of Mercy will be marked at the 12.30pm Mass in Saint Macartan’s Cathedral, Monaghan on Sunday 13 November.  In addition, each parish will celebrate the event at Masses, with prayers and hymns that focus on mercy and on thanksgiving for the Jubilee.  Resources have been provided to all parishes by the Diocesan Liturgy Commission.

Bishop John Kirby, Bishop of Clonfert will preside at the Closing Celebration of the Extraordinary Jubilee in Saint Brendan’s Cathedral, Loughrea at 12 noon Mass on November 20 the Feast of Christ the King.  During the Jubilee Year of Mercy Bishop Kirby had designated two Holy Doors in the Diocese.  One was at Saint Brendan’s Cathedral, Loughrea, the other at Emmanuel House of Providence, a place of pilgrimage and devotion within the diocese.  Throughout the year parishes were invited to make a pilgrimage to the Holy Door as a group and there celebrate in prayer their experience of God’s Mercy.

Throughout the Jubilee Year many people crossed the threshold of the Holy Door in Saint Brendan’s Cathedral, Loughrea and at Emmanuel House of Providence and prayed the Jubilee Year of Mercy Prayer in celebration of the gift of God’s Mercy and recognizing the responsibility of the Church to manifest that Mercy in its ministry.

Bishop Kevin Doran, Bishop of Elphin will celebrate the 12 noon Mass on Sunday 13 November in Sligo Cathedral where he will give thanks for the for the graces received during the Jubilee Year of Mercy.

In the Diocese of Kildare and Leighlin Masses will be celebrated in each of the four churches where a Holy Door was opened for the Year of Mercy. On Sunday 13 November. Bishop Denis Nulty, Bishop of Kildare and Leighlin will celebrate the 11.00am Mass in the Cathedral of Assumption in Carlow at which he will mark the conclusion of the Jubilee Year.

In the Diocese of Kilmore, Bishop Leo O’Reilly will celebrate a Mass of Thanksgiving for the Year of Mercy on Sunday, 13 November at 11.30am.

Archbishop Eamon Martin has invited families to participate in a special Novena of Prayer by saying a prayer together for Mercy in the Family each evening for nine evenings. Archbishop Eamon said, “As the Jubilee Year of Mercy draws to a close on 20 November, I invite you and your families to join me in a Novena for Mercy in the Family, beginning at 6.00pm on the evening of Friday 11 November and ending on Sunday 20 November, the Feast of Christ the King.”  Archbishop Eamon has offered a special novena prayer which is available to download from www.catholicbishops.ie.

Commenting on the conclusion of the Jubilee Year of Mercy, Archbishop Eamon said, “As this special Holy Year of Mercy concludes, I thank our Holy Father Pope Francis for his gift of this Year of Mercy. I invite the faithful to carry the grace of this year with you, to continue to be missionaries of mercy and to offer the  healing balm of Christ’s mercy as you go about your daily lives.  As Pope Francis said at the beginning of this year ‘A little bit of mercy makes the world less cold and more just’.

Jesus, Mary and Joseph, Holy Family of Nazareth,
bless our family.
Keep anger and violence far from our door.
May our home be a place of live, mercy and
forgiveness.
Share our moments of happiness with us.
Whenever things are difficult, help us to overcome
together the problems that come our way.
Be with families in Ireland and around the world who
are homeless or suffering.
Jesus, Mary and Joseph come into our home and our
hearts and stay with us always.