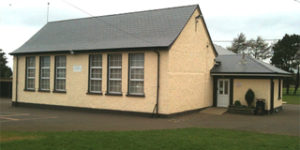 Ticknevin National School is a mixed primary school which first opened its doors in September 1953. It is situated over the bridge in Ticknevin and enjoys a lovely rural setting near the banks of the canal with plenty of space for the children to play, explore and grow. It was a two teacher, two roomed school when it first opened. Since then, the building has been extended twice to facilitate rising pupil numbers, with over 80 currently enrolled, aged between 4 and 12 years. There are four mainstream teachers and one full time learning support teacher. All classrooms enjoy use of the latest technology with interactive whiteboards in each one.

Saint Brigid’s is active in a variety of programmes including the Green Schools Programme and was awarded its first flag in 2013.